HITO CEO Kay Nelson was invited to speak about the effects of COVID-19 virus and shutdown on the hair, barbering and beauty industries at the Parliament’s Epidemic Response Committee on May 5.

Watch the recording or read the transcript on the Parliament website (from 1:58)

Ms Nelson explained HITO was a national body which looked after qualifications and facilitated on-job training including apprenticeships. She said HITO worked with small and medium business owners from Invercargill to Kaitaia and had a representative board. She had received extensive feedback to form her submission to the committee and it was a privilege to represent these industries.

“According to Statistics NZ, our industries employ 11,500 people, representing 4,853 businesses, and are particularly significant for self-employment in New Zealand for women. Around 90% of salons, shops and clinics are owner- operators. However, it is a career that depends on people and people interaction – members of industry often comment ‘robots won’t steal our jobs’. But COVID -19 came quickly and the shutdown has left our industries unable to operate in the short term.”

Business support packages
Ms Nelson expressed appreciation from employers for the wage subsidy and the announcement that the Government’s business loan scheme would be extended to include small businesses.
“Without the wage subsidy, there is no doubt that employers would have been forced to lay off staff, particularly apprentices and more junior staff. In terms of the new loan provision, while of course no one wants business debt, employers are hugely grateful that the opportunity is there to keep them going and the scheme may save some businesses from folding.”

Effect of lockdown
She said shutting down for seven weeks had meant all hair, beauty and barbering businesses had experienced major revenue losses, with one salon reporting a $200,000 loss of turnover.
“Our industries have very limited reserves and it is likely that 25-30% of them will fold if things do not return to normal soon. Much of the debt and risk is at a very personal level for these businesses.”
She said the main concerns were cash flow and overheads, particularly rent in CBD areas, which could be up to $10,000 a week. Seventy percent of the business owners she had heard from reported using personal savings.

Return to operation
Ms Nelson said businesses would need a certain volume of clients when they returned to work in order to survive and wanted the ability to offer full-service treatments.
“Business could find themselves with 100% costs with only 40% revenue if not allowed to provide full services.”

Future proofing the industry
Employers had asked for the wage subsidy to continue in order to keep employing their junior staff, Ms Nelson said.
“It is likely that apprentices will be the first to be made redundant unless the wage subsidy continues. Ninety percent do not intend to employ new apprentices in the near future. Employers’ focus will be on keeping their business afloat and supporting current employees in work. “
She asked the committee if there was a possibility of increased Government support for apprenticeships to incentivise employers to keep them in work and avoid skill shortages in the future.
She also asked if there was likely to be any ongoing financial support for small businesses or a lowering of tax for the next 12-18 months to boost disposable income.

Clear instructions for Level 2
Ms Nelson said hairdressers, barbers and beauty therapists urgently needed clear instructions for operating at Alert Level 2. The Industry Associations (NZARH and NZARBP) had put together comprehensive health and safety opening guidelines based on international best practice that were currently with Worksafe for approval. She asked if the committee could expedite this approval.
“SMEs will become the economic first responders/essential workers to help rebuild the NZ economy, locally, regionally and nationally. They will need and deserve the same level of help and support as the bigger companies. They are smart and hardworking and have invested everything into their businesses. Providing they have good clear information and support in a timely manner they will navigate their business through this crisis and be the backbone of the recovery.”

Committee chair Hon. Michael Woodhouse thanked Ms Nelson for the submission.
Hon. Ruth Dyson acknowledged the huge challenge for employers in these industries. She commended the industry associations for being proactive preparing their own guidelines and said she would be sure there would be people listening to the plea for a prompt response. She said the committee had heard a lot of people comment on the importance of the industry and asked what the takeup of wage subsidies, tax changes, interest free loans had been.
Ms Nelson said all businesses she knew of had taken up the wage subsidies. The tax change processes were more challenging, but many were working through them. She thought the loan scheme was a great initiative and would be taken up, “providing the industries can get back to full service and providing the rest of New Zealand’s team of five million can get behind them”.
Dr Shane Reti thanked Ms Nelson for bringing a focus to hairdressing and said the concerns would be also be shared by other sectors.
He asked how many apprentices had been terminated over the lockdown.
Ms Nelson said more than four times the number of apprentices had terminated over the last two months compared to the previous year, probably due to redundancy or salon closure.
Hon. Nikki Kaye said other jurisdictions have been more permissive about operations and asked what an extended period of people not being able to care for themselves would mean for human dignity.
Ms Nelson said grooming was very important for self-esteem and mental health.
“At the moment, people have health front of mind, people want to be able to keep up their grooming. Visiting salons, barbershops and beauty therapists is social therapy for them too.”
David Seymour asked whether there were other countries we could learn from. Ms Nelson said the Association of Registered Hairdressers had worked with L’Oreal to put international best practice into their proposed guidelines for operation.
Hon. Michael Woodhouse said Ms Nelson’s comment that ‘robots might not steal our jobs, but COVID might’ applied to a number of industries and said it was incumbent on the committee to do their best to ensure that did not happen. 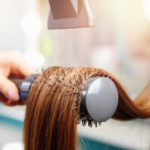 Continuing your learning during lockdownNews 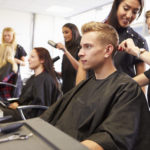